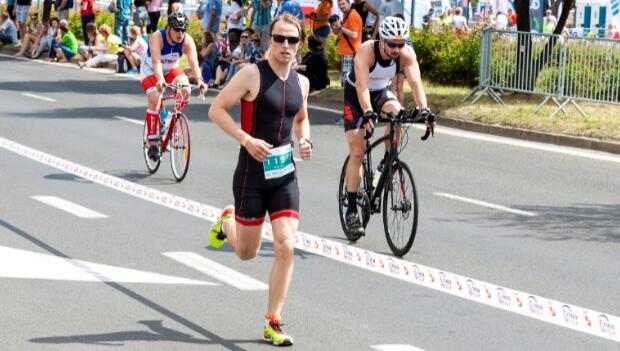 Triathlons in the Triangle area are likely to be limited in number in the early spring due to Covid-19 cases and state regulations for gatherings. If the number of cases declines and gathering rules are adjusted, more events could be added later. The schedule starts picking up in late April and May, primarily outside the Triangle.

In the meantime, Set-up Events of Wil­mington plans 11 races starting April 17-18 at Pinehurst in N.C. Tri Series. A 12th event (Azalea Tri, Wilmington), normally the first event in March, “could be added once we get approval from the folks at UNCW,” Bill Scott said. NCTS had 20+ events two years ago. Last year all events were canceled.

Triangle Sprint and Mini-Sprint are scheduled June 5 at Harris Lake, New Hill. Oth­erwise their events are not in the Triangle since Mission Man Sprint Tri in Burlington was among races dropped from the schedule but later picked up by another company for July 31.

Ramblin’ Rose women-only sprint tris don’t have any sites or dates yet. Organizer Jamie Davis of Set-Up told CSN, “We are still trying to work with venues on Ramblin’ Rose and will update as soon as they start to allow events. Our plan is to host a series of some sort in 2021.” In past years they held events in Raleigh, Chapel Hill, South Charlotte, Win­ston-Salem.

Jason Biggs of FS Series of Raleigh which puts on road and multi-sport races in Raleigh, Wake County and communities to the east, said, “Triathlons and Cary Duathlon are a wash at least through Spring. I would say maybe September or October for triathlons but 2022 looks better.”

The only triathlon on the FS website is Three Little Pigs Sprint June 19 in Smith­field.

Jones Racing Co. of Greensboro does races, triathlons in the Piedmont and WNC. Their first 2021 tri is July 25 in Clemmons. They have Just Tryan It, a youth tri that normally opens the season, scheduled Oct. 3 in Chapel Hill.

Other spring triathlons in NC include Hy­co Lake Sprint Tri April 17 in Leasburg, with open and collegiate divisions; April 16 White­water Tri in Charlotte; May 22 New River Splash Tri/Duathlon in Jacksonville.

Triangle Open Water Swim Series has only one race (October), instead of the normal three, scheduled this year. Jordan Lake SP reported no permit requests for races or swims were submitted or approved.   J.B.