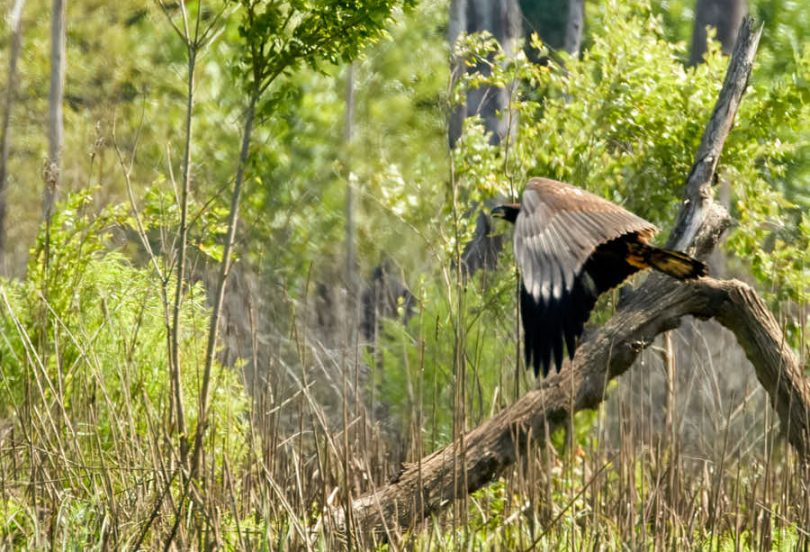 Jordan Lake has 24 eagle nests and 20 fledged a total of 33 chicks in 2021, up three from last year and five from two years ago, according to Jon Bannerman, natural resource specialist for the Corps of Engineers at Jordan Lake. A fledged chick is a youngster who has left the nest.

He said the first fledgling was April 4 and the last June 25, later than usual for Jordan eagles. Bannerman added one nest had three fledglings, an uncommon occurrence.