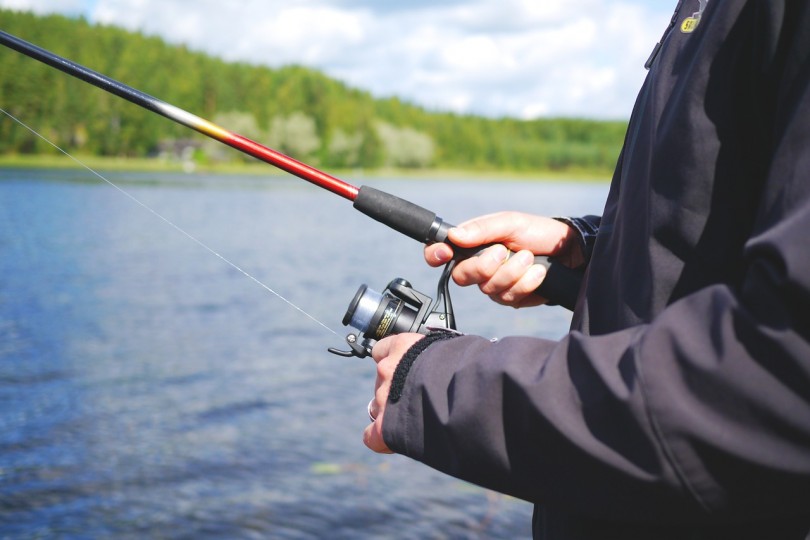 I have enough standing water, front and back, to float a kayak each, but I admit my canoe might not make it in the front. Thus, perhaps, the advantage emoji to the kayak, if there is such a thing, for fishing in your yard at least.

I sure hope it stops raining sometime soon.—“How much more of this can I take?”  —(Seven readership points if you catch that reference…That’s pretty high.)

It’s that time of year where you’re already fishing or you’re fixing to go. A friend asked if I was doing any hunting these days. I wish I could say I was hard after squirrels or rabbits, but the fact is that the gloomy weather that seems always to coincide with my free time lately has me in a funk.

Late-season squirrels are a tough hunt anyway, and my rabbit hunting buddies have the covid or some other excuse right now, to say nothing of the high water squeezing some of the thickets.

(I do ask myself sometimes if there’s something I’ve done to piss people off so that we can’t hunt together, but most of my friends are like-minded or have pretty long fuses. On the other hand, these days you never know when a full-grown man will just wuss out and pull the plug like a little girl…)

Right now, this year at least, I’d rather forego the hunting and look forward to the struggle of early fishing.

Some of the biggest  crappie of the year swing aboard in February, and March is big-bass month at local impoundments. We need a little warm spell and a lot less rain to kick things off, but stay tuned.

Temperatures have been relatively mild this winter, so if you can deal with the high water, you might be ahead of the game compared to years past. Look for places where crappie can move up and down in the water column while sticking to cover or structure, and seek out areas bass can move from warming water on northern banks, especially around rocky areas such as rip-rap, back to deeper water.

I admit to getting a little later start on the fishing in the last several years than was my wont earlier in my career. This is due to several personal failings on my part, of which I am deeply ashamed. I hope to do better in the future. It turns out that being a Fishing Bum really IS a noble profession compared to what else is out there, only exceeded as a calling by Hunting Bum, but that’s just because al­most anyone can fish while only a few can hunt. (Check your fuse length.)

It just took me a while to figure that out, or re-learn it, as you will.

So I hope to get out on the water a little earlier this year. I’m probably going to break off on a couple of fish until I get around to changing all my age-brittled lines, but in the interest of getting out on the water faster this year to begin scouting and (I hope) catching, I am going to forego the usual tackle prep period.

That’s the dollop of time you take where you leisurely change lines and sharpen hooks on your back deck over the course of two or three weeks (or more!) while the fish are biting down at the lake.

Or, at the very least, while you could be in a small boat, so close to the water that you can touch it, instead of on your back deck.