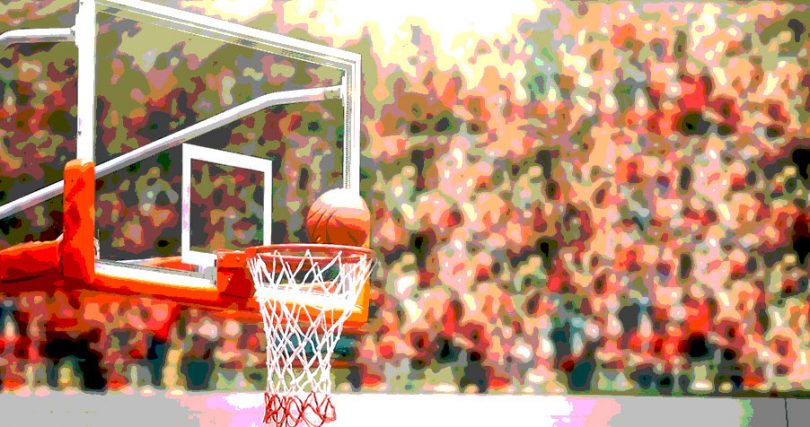 Stop me if you’ve heard this: The ACC is down this year. As long as ACC teams survive and advance (which may not be very long), it’s a refrain that commentators will sing throughout March Madness. It may not echo from your TV as frequently as Charles Bark­ley, but it will be close.

The annoying thing is that the pundits are correct. Feel free to fill out your brackets without an ACC team in the Final Four (go with Gonzaga, Illinois, Ohio State, and Ala­ba­ma/ Texas), much less winning the National Cham­pionship.

So, if no one is going to raise a banner this season, what can we expect from the ACC?

#4 Florida State and #4 Virginia. The Sem­i­noles and Cavaliers were the best and most consistent teams in the ACC.A favorable draw should help Florida State get to the Sweet Sixteen, but beating #1-seed Michigan will require Scottie Barnes confirming his status as an NBA lottery pick. Virginia has many of the ingredients that tend to lead to tournament success (three upperclassmen— Sam Hauser, Kihei Clark, and Jay Huff—playing key roles, and experience earned winning the 2019 National Championship), but COVID problems make the Cavaliers a question mark until we see them play.

Predictions: Florida State upsets Michigan (surprising losers of three of their last five) in the Sweet Sixteen, but loses to the winner of Alabama and Texas in the Elite Eight. Vir­ginia survives sharp-shooting Ohio (55.8 eFG%, 13th nationally) and makes it to the Sweet Six­teen, but can’t get past overall #1-seed Gonzaga.

Got the Draw Everyone Else Wanted: #7 Clemson. Since beating Georgia Tech on Feb. 12, the Tigers haven’t inspired much confidence. Losing to Miami in the ACC Tourna­ment punctuated a mediocre last month, but early wins over #4-seed Purdue, #2-seed Ala­bama, and Florida State seem to have impressed the Selection Committee, who seeded the Tig­ers three lines above ESPN’s #10 projection. Not only does Clemson draw an uninspiring Rutgers team, they’re on track to meet Hous­ton, the weakest #2 seed, in round two. Ken­Pom ranks 12 of the other 15 teams seeded #7–#10 ahead of Clemson (#42 KenPom), in­cluding UNC (#28 KenPom) and Georgia Tech (#32 KenPom). No doubt any of them would switch brackets with the Tigers.

Prediction: Despite a favorable draw, Clem­son’s lackluster late-season play continues and they lose to Houston.

Better Draw Than They Deserved: #11 Syr­acuse. Most Bracketologists had Syracuse in a play-in game, but the Selection Committee disagreed. To advance, Syracuse needs Buddy Boeheim to stay hot, and they must continue taking care of the ball (15.9 turnover %, 31st nationally) and knocking down free throws (78.4%, 15th nationally).

Prediction: Syracuse got lucky and avoided a play-in game, but they’re unlikely to get past a San Diego State team that can stroke the three-ball (37.5%, 28th nationally) and a tough West Virginia team.

Coming in Hot, But Got a Terrible Draw: #9 Georgia Tech. Tech is the hottest team in the ACC. Powered by a championship game record 15 steals, the Yellow Jackets capped a month-long eight-game winning streak with an ACC Tournament title. They’re not “Lethal Weapon 3,” but Jose Alvarado, Michael Devoe and Moses Wright are dangerous.

Prediction: There are a lot of teams in this Tournament that Georgia Tech could beat. Ill­inois is not one of them. (And don’t sleep on Loyola Chicago (#9 KenPom). The Yellow Jackets won’t make it to the second weekend.

Almost as Unlucky as Georgia Tech: #8 UNC and #10 Virginia Tech. Carolina has five McDonald’s All-Americans, so the raw talent is there, but guard play has been a roller coaster, and the Tar Heels sorely lack experience (average 1.02 years, 330th nation­al­ly). Caleb Love and the Tar Heels must find a way to be more like Syracuse, decreasing their turnovers (20.5 turnover %, 257th nation­ally) and putting the ‘free’ back in free throws (66.8%, 295th nationally). The Hokies are 1-2 since a long COVID pause and seemed to lose their legs late against UNC in Greens­boro. Not a good way to head into the Big Dance.

Predictions: No breaks here. The Tar Heels draw Wisconsin (KenPom #10) in round one and #1-seed Baylor in round two. The Hokies get Florida in round one, but draw #2-seed Ohio State in round two. Neither will advance to the Sweet Sixteen.

So, who will cut down the nets on April 5? The tournament is top heavy. Although Baylor seems vulnerable post-COVID pause and #2-seed Ohio State is dangerous, I’d be happy to take the four #1 seeds against the field. If I only get to pick one, I’m going with Gonzaga.

After decades of excellence without winning the big one, Mark Few is due. The Zags have clearly been the best team all season (26-0), and I believe that Wooden Award Finalists Corey Kispert, Jalen Suggs, and Drew Timme will get it done, but not without a scare from Illinois in a classic National Championship Game.