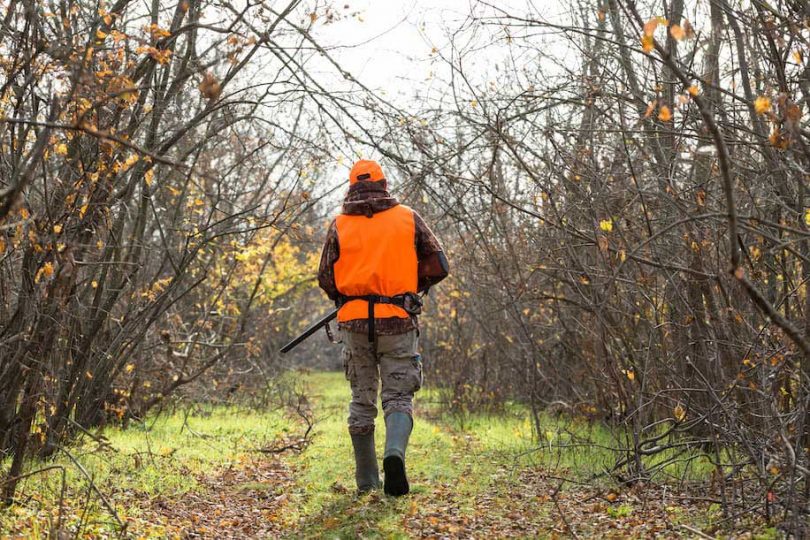 Conservationists and wildlife officials have spent years trying to stave off the decline of hunting in America. In 2020, they finally saw a glimmer of hope.
“I’ve been working on this issue for 15 years,” said Matt Dunfee, the director of special programs at the Wildlife Management Institute, a national conservation nonprofit group that focuses on restoring wildlife populations. “All I needed was a pandemic.”

For decades, the number of hunters — who are mostly older, White males — has steadily dwindled. That’s led to a loss of conservation funding at state wildlife agencies, which largely rely on license sales to support their budgets. But, unexpectedly, officials in nearly every state have reported a moderate-to-massive spike in hunting in 2020.

“I’d say that the pandemic definitely played a role in getting me out in the woods,” said Senna Redin, a Minnesota resident who harvested a deer after hunting for the first time in 2019.

Redin, 20, said he took up duck hunting in the fall to fill the free time created by the pandemic, and he was also able to use some time to travel to his family’s old farm in Michigan to hunt deer. He is a college student, but his classes have moved online.

“I’m not super proud to admit that I spent more than a few mornings attending my 8 a.m. finance course from the duck blind clad in camo but hey, a guy’s gotta eat,” he said.

The year’s surge in hunting coincided with increased interest in many outdoor activities, as movie theaters, sporting events and other entertainment options shut down. Kayaks and bicycles flew off the shelves. Record numbers of hikers trekked through state parks.

But the thousands of new hunters came as a surprise. It’s not the sort of activity that’s easy to pick up on a whim.

“All of the stuff we usually worry about in getting people to try hunting, they figured out on their own,” Dunfee said. “That’s an indicator that the latent desire existed and it just needed a little something to accelerate what we were doing.”

Since the stay-at-home order was lifted in May, North Carolina has seen a 23 percent increase in online fishing and hunting license sales, said State WRC Director Cam Ingram in a Dec. 18 wildlife update.

Many states saw a dramatic rise in residents taking a hunter safety class for the first time. Some reported growth in young, female and first-time hunters — groups that hunting advocates have been trying to recruit for years, in hopes of slowing the demographic decline. Gun sales also spiked dramatically in 2020, with industry leaders citing both the increase in hunting and concerns about social unrest.

Michigan saw a 67 percent hike in new hunting license buyers last year compared with 2019, a 15 percent increase in female hunters and moderate growth in many younger age brackets. The state also sold 46 percent more apprentice licenses, a discounted option that allows new hunters to give the sport a try under the supervision of a mentor.

“The groups that we’ve been wanting to get engaged with hunting for years and years are the groups we’re seeing now,” said Dustin Isenhoff, marketing specialist with the Michigan Department of Natural Resources. “We have over 100,000 new hunting customers. That’s a big opportunity for us to work with those folks to keep them involved.”

While many states don’t yet have complete data for last year, early reports are encouraging. Nevada saw a 30 percent jump in hunting licenses and put 50 percent more people through its hunter safety class. Maine sold a record number of deer permits, amid a 9 percent rise in hunting — with young adult hunters and women making up its fastest-growing groups.

The disruption in supply chains during the pandemic has made people more aware of food security issues, amid a growing interest in local food sourcing. Some people dealing with financial hardship may be hunting for subsistence. Despite the increased turnout, fewer hunters have donated surplus meat to food banks than in previous years.

Due to the pandemic, nearly every state offered hunter safety courses online. Officials said many first-time hunters were probably aided by the convenience of taking training courses at home on their own time. While many states plan to return to in-person instruction this year, they noted that there are no indications the online-only learning has led to more accidents in the field.

“Covid-19 has shown us that there are more people aside from that traditional hunter who want to get involved,” said Ashley Sanchez, a public information officer with the Nevada Department of Wildlife.

In recent years, wildlife officials have focused on recruiting nontraditional hunters — urbanites, women and foodies. Some have bought into the message of conservation or the promise of ethically sourced protein. But advocates want to do more to make hunting accessible and culturally relevant to broader populations.

“All Fish and Wildlife agencies realize that we’re edging toward a crisis as the average age of those who enjoy hunting and fishing is [rising],” said Mark Latti, communications director for the Maine Department of Inland Fisheries and Wildlife. “There’s a cliff coming. If we can attract new people and retain them, it’s a huge benefit. What can we do to make sure that they stay?”

Unlike most agencies, they typically receive very little revenue from tax dollars. Nearly 60 percent of their funding comes from hunting and fishing revenue, including license fees and taxes on gear sales, according to a survey by the Association of Fish & Wildlife Agencies. The years-long decline in hunting license sales has chipped away at their ability to pay for conservation programs.

Hunters in the United States numbered nearly 17 million in 1980. By 2016, the number had fallen to 11.5 million, according to data from the U.S. Fish and Wildlife Service. That survey found that 90 percent of hunters are male, 97 percent are White and most are 45 and older — a sign that future funding losses could be steep as more hunters age out of the sport and the country becomes more racially diverse.

Officials said it’s too soon to calculate how the 2020 hunting surge will affect their budgets, but for once it won’t be bad news.

“This buys us one more year where we can feel safe and continue doing conservation and population management,” said Ian Malepeai, marketing manager at the Idaho Department of Fish and Game. “It positions us well to continue our efforts, but we’re not resting on our laurels.”

The increase in hunters has other benefits, as well.

Mississippi recently asked hunters to shoot more deer, because herds were growing larger than the habitat could support, a precursor to health issues among the animals. Hunters help scientists track the spread of wildlife ailments such as chronic wasting disease, and they make up an important constituency for the protection of public lands and other conservation efforts.

Officials say they don’t yet have enough information to say what’s caused the newfound interest in hunting, other than the overall popularity of outdoor activities.

For Redin, the Minnesota hunter, the pandemic provided time and motivation to “buckle down” and get serious about hunting.
Tami Bardo, a farmer in Ohio, said hunting was a way to put food on the table and connect with her children, several of whom are avid hunters. After an unsuccessful hunt in 2019, Bardo shot her first deer this fall.

“I love being out there with the boys,” she said. “I could see why they were so passionate about it. There’s just something special that happens out in the woods.”

The big question for wildlife officials is whether the hunting surge will have any staying power.

Eric Gardner, wildlife program director with the Washington Department of Fish and Wildlife, said the increase in hunting was probably due to less competition from other events, such as team sports and after-school activities.

His agency is planning to focus its outreach on the 25,000 residents who earned their hunter safety certification in 2020, reminding them of upcoming seasonal opportunities such as waterfowl hunting.

“We need to capitalize on this increase and build on this,” Gardner said. “We won’t be able to hold onto everyone, but by gosh what an opportunity to make sure that we’re connecting with this new cohort and continuing to pursue new people.”

For their part, both Redin and Bardo said they’re eager to hunt again in the next year. Redin said he may adopt a dog as a waterfowl hunting companion.
“This season has really shown me how much fun hunting can be,” he said. “Now I get to spend the winter learning how to prepare wild game meat.”