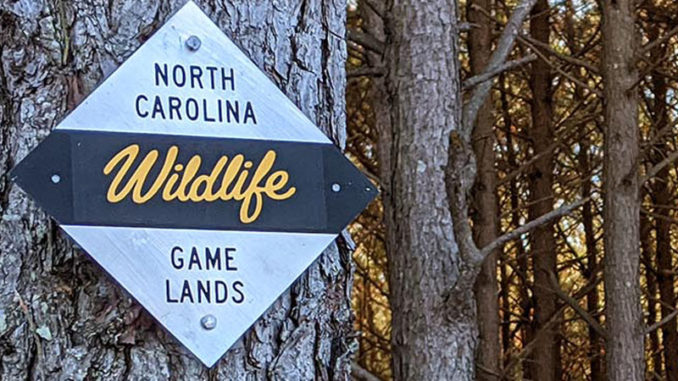 In early June, the state’s wildlife agency convened stakeholders at three virtual focus group meetings to discuss the future of Sun­day hunting. The goal of the meetings was in­tended to frame potential alternatives to open some game lands for Sunday hunting by 2021.

“They were productive meetings, and people seemed willing to compromise,” said Brian McRae of the WRC. The participants of the focus groups were invited by the WRC and in­cluded a diverse range of game land users, including hunters, environmental organizations and recreational users, such as horseback riders, hikers and birders.

Last winter, a survey of game land users was conducted by a third-party organization that received over 30,000 responses. In addition, the WRC hosted eight public meetings held across the state to assess the public’s tolerance for expanding Sunday hunting opportunities.

Despite the difference, a large majority of the respondents said their concerns about Sun­day hunting could be addressed. McRae said that a compromise for Sunday hunting on game land is possible.

“It seemed like the consensus is to start with some game lands that don’t have other amenities and see how this could work,” he said.

In all, the state agency regulates wildlife and habitat on 2 million acres owned by the WRC and other state agencies, as well as tracts of game land owned by land trusts and the federal government for public hunting, trapping and inland fishing. The rule change, if enacted, would not impact state or federal public hold­ings that are not game lands. For ex­ample, a decision to open game lands within a U.S. national forest would still be left to the U.S. Forest Service.

The chair of the North Carolina chapter of Backcountry Hunters and Anglers, Luke Weingarten, attended one of the focus group meetings and said the discussions were civil.

“Everyone is interested in a constructive dialogue with other user groups,” he said.

His organization favors treating hunting on Sunday as any other day.

“If you have the money and social connections, then you have the opportunity to hunt on private land on Sunday,” he said. “Yet on public land, you aren’t allowed.”

Many hunters, Weingarten said, rely on pub­lic land to hunt, and Sunday prohibitions limit access for most hunters who hunt on weekends and don’t have access to private land.

Non sportsmen have plenty of concerns about Sunday hunting. Among them are potential conflicts with other users such as hikers, birders and horseback riders. Nonhunters are also concerned about safety.

However, Weingarten said that the “facts simply do not support that nonhunters are at risk. It’s not Fallujah out there,” said Wein­garten. “You’re going to be OK.”

Kate Dixon, executive director of the Friends of the Mountains-to-Sea Trail, said that while safety concerns may be overstated, “less ex­perienced hikers are nervous, and it’s hard to make them feel comfortable.” The MST has several sections of footpath that traverse game lands.

Dixon said her organization is willing to compromise to open some areas for Sunday hunting.  She also said the public process conducted by the WRC has been “useful and sincere.”

“I understand that it can be a barrier to entry if people feel in danger,” Weingarten said. “But I see that as an   opportunity for education from hunters and groups with those concerns. We’re all in the woods together.”

He said some rural game lands “seem like no-brainers” to open, in which the primary users are hunters. However, he also wants Sunday hunting allowed on game lands near urban areas.

“Most hunters live in cities, and we want to make sure access and opportunity is equitable among all North Carolinians,” he said.

McRae indicated that urban areas may be considered, in particular units that have other public land units nearby, such as state parks that prohibit hunting but provide other recreational activities.

However, he added that the WRC is “far away from a final proposal.”

One area of agreement among hunters and nonhunters is shared concerns about urbanization, habitat fragmentation, quality of habitat, access to wild and scenic lands and solitude. Hunters indicated they share a greater burden among other users for acquiring and maintaining state game lands.

John Culclasure of the Congressional Sportsmen’s Foundation advocates opening Sunday hunting throughout the nation and said game lands are “largely purchased and managed with their dollars through the Amer­ican System of Conservation Funding.”

“The law (in North Carolina) changed three years ago, and hunters are eager to have seven-day access,” he said.

For fiscal year 2020, North Carolina was apportioned $16.6 million from an 11% federal excise tax on arms and ammunition used for wildlife restoration and habitat management as mandated by the Pittman-Robertson Act.

McRae said the “vast majority” of land acquired by the WRC was purchased using public dollars or donations. However, he said, maintenance and management have “truly been at the expense of hunters.”

According to McRae, users’ fees were a topic of discussion during the focus group meetings.

“It is a separate issue but loosely tied,” Mc­Rae said. “It takes money to provide access to land by providing parking lots, roads, gates and signs. We heard from a range of users that they would be willing to pay for access.”

Dixon said she is open to the possibility of a user fee. However, if other users, such as hikers, pay for use, then the WRC “has to think more broadly about its constituents and how they manage their land.”

For now, North Carolina remains just one of four states that do not allow Sunday hunting on public land.

Dave Truban, a retired West Virginia De­part­ment of Natural Resources commissioner, said the opening of Sunday hunting there was uneventful.

“It was a long process that took several years, and there was plenty of opposition,” he said, but “it has died down as an issue, and to my knowledge, there have been no issues.”

McRae said that over the next few months, the WRC will review the comments and public input. In October, the WRC will decide whether to propose a rule change to WRC commissioners. If approved by the commissioners, the public will have the opportunity to comment in January before a final vote by commissioners in February.

If approved, Sunday hunting on some pub­lic game lands could open by August 2021